News around WLC activites and workshops

NO OIL DRILLING IN THE KAVANGO - WHY WE SHOULD LEARN FROM HISTORY AND SAY NO! 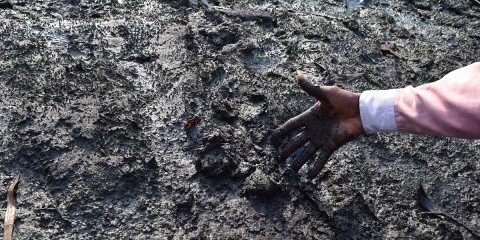 Despite failing to conduct bona fide public consultations, the Canadian company ReconAfrica received environmental clearance permits to drill 3 exploration wells and conduct seismic tests in the Kavango regions. Oil and gas production holds great dangers to Namibia and runs contrary to worldwide attempts to move away from fossil fuels like coal, oil and gas, which are major drivers of global warming.

Namibia is a signatory to the Paris Accord on Climate Change and has committed to reduce greenhouse gas emissions by 92% by 2030. This stands in complete contradiction with giving permission to ReconAfrica’s oil and gas exploration. Experts predict that as the world shifts towards alternative renewable energy sources, investments made now into fossil fuel production will soon become “stranded assets”, where promised oil and gas revenues never materialise and bankrupt oil and gas companies leave taxpayers to pay for the big clean-up.