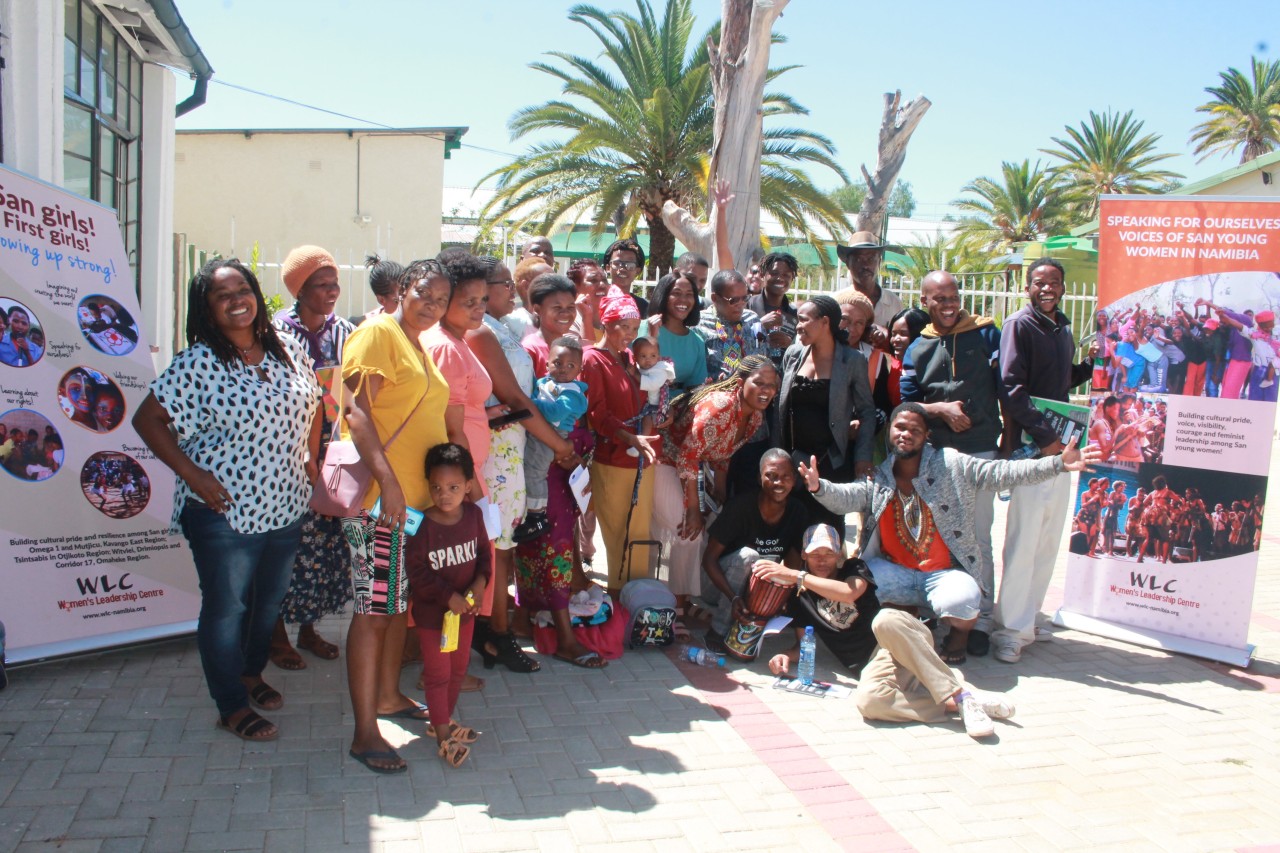 On Thursday 7th April 2022, the Women’s Leadership Centre in partnership with the Embassy of Finland launched the new WLC project titled Reducing Family Violence in San Communities, which is being implemented by Community Leaders in six San communities in Namibia: Omega 1, Mu’ciku, Ndama, Tsintsabis, Drimiopsis and Skoonheid. During the week the Community Leaders received training on forms and types of family violence; the impact of family violence on people’s the lives; the causes, attitudes, behaviours and cultural norms that are driving family violence in San communities; conflict resolution skills; and strengthening cultural pride as a protective factor against violence.

Speaking to the community leaders in her welcoming address, WLC director Elizabeth |Khaxas said: “I am inspired by your courage and in awe of your determination to help create peaceful San communities.” She explained that this is the first project in which the WLC is including men to work alongside the young women leaders in their communities; they will reach out to boys, young and adult men on the prevention of violence.

In his Opening Remarks, Hon Royal J.K. /Ui/o/oo, Deputy Minister for Marginalised Communities in the Presidency and Deputy Minister for the Ministry of Gender Equality, Poverty Eradication and Social Welfare, commended the WLC on the many years of work with San young women, and encouraged them to aim high with their studies and represent their people in parliament.

H. E Ambassador of Finland, Leena Viljanen officially launched the project, stating that ending violence was important for community development. “No-one should live in fear in their own home.”

Some of the community leaders present also voiced their concerns. Maria Garises from Drimiopsis and Aulleria Muyakuyi from Ndama, a San settlement near Rundu, both complained of San children being taken by families of other ethnic groups with promises of sending them to school, while in fact they are forced into child labour on farms and in households. “This is a form of violence,” said Maria. “We experience so much violence every day of our lives from non-San people. We were a peaceful people in the past, but have learnt violent behaviours from other groups who dispossessed us of our lands and livelihoods.” 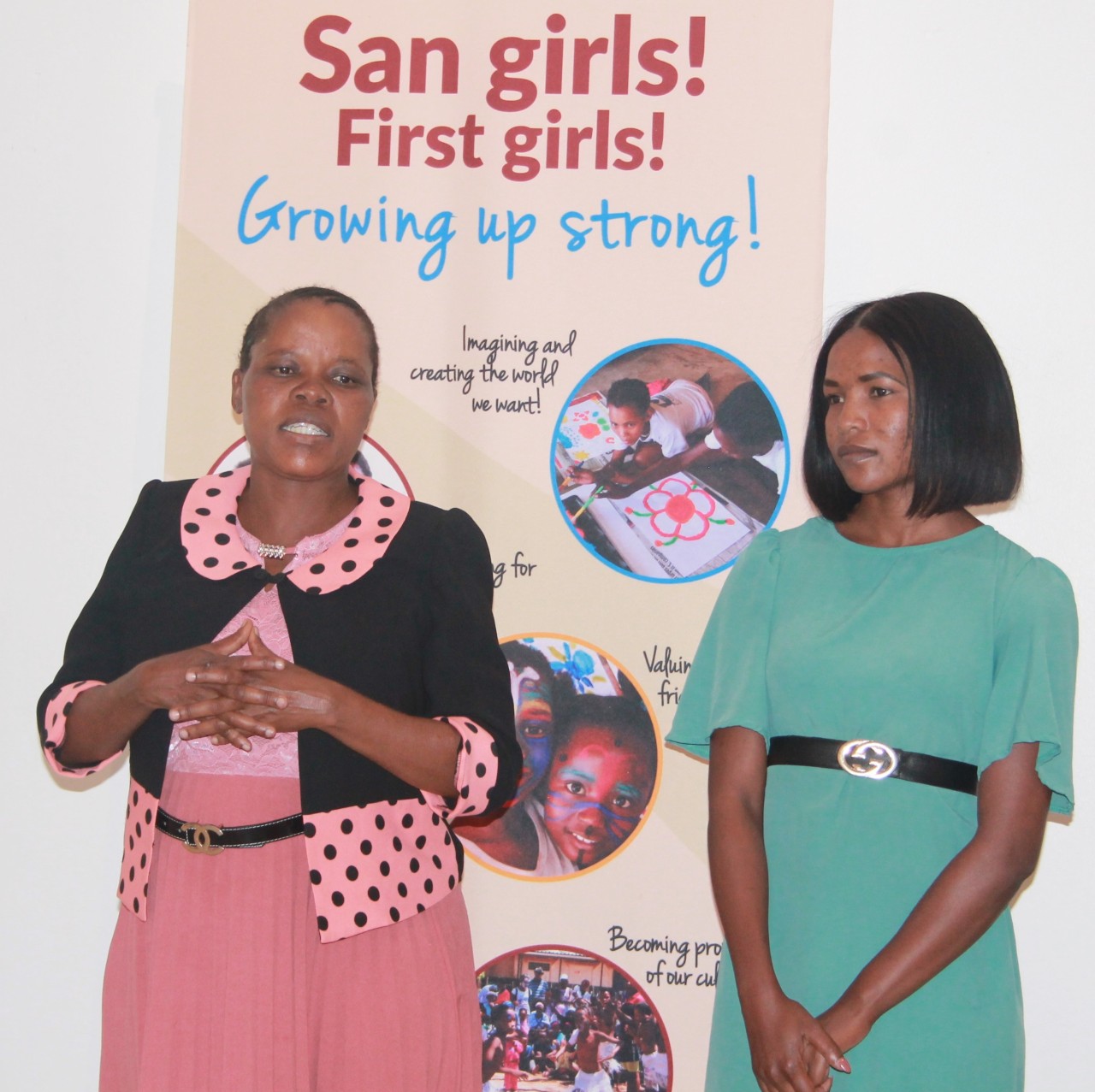 The Deputy Minister responded that he was unaware of the scholarship issues, and said that his door was always open for members of marginalised communities to air their concerns. 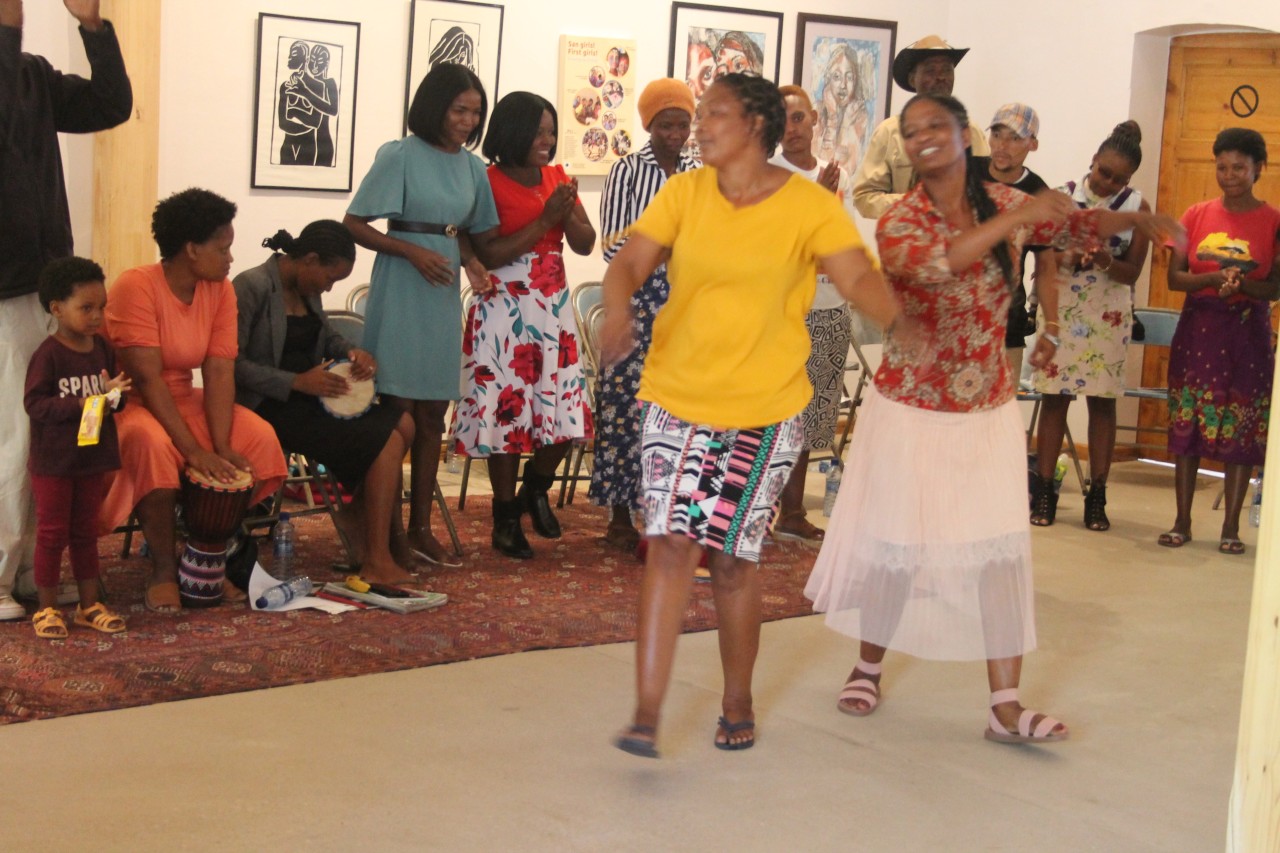 When you subscribe to the blog, we will send you an e-mail when there are new updates on the site so you wouldn't miss them.

Selling the Okavango - Putting Profit Over People
NO OIL DRILLING IN THE KAVANGO - WHY WE SHOULD LEA...

Voices of the Indigenous San Women, Speaking Up for Ourselves!

Workshops
Subscribe to our blog Unsubscribe from our blog